What is ‘Yukkuri movies ‘ ? 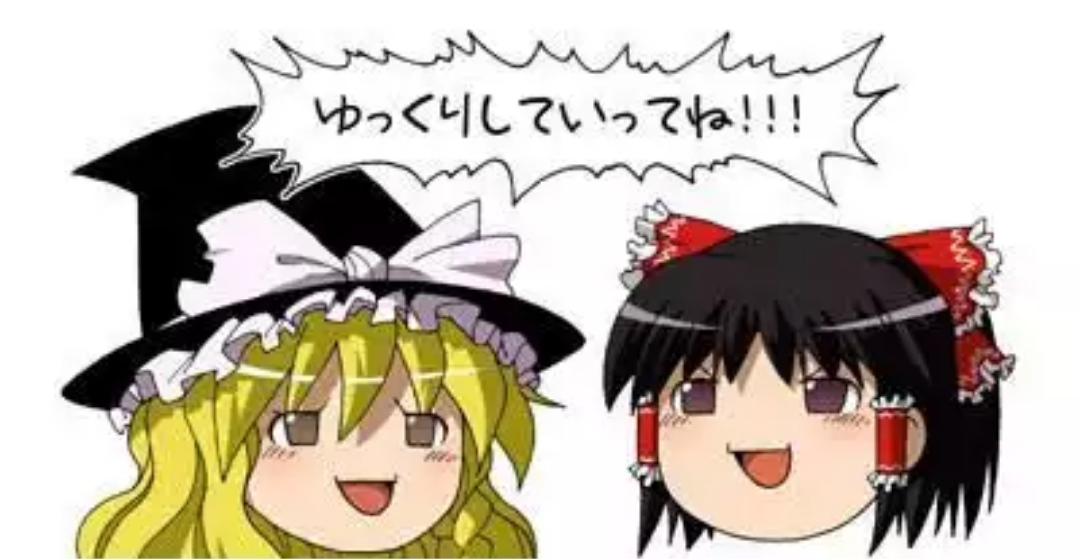 You can find so many videos posted in Japanese Youtube, using the same body-less characters named ’Marisa’ and ‘Reimu’ with monotone AI voices.

Both characters are derived from a popular game project named ‘Toho’, originated by a video game programming circle.

These characters and AI voices have become so popular because they enable people to make easy Youtube videos without exposing themselves to public in their videos.

In addition, those pictures and AI voice software have been basically provided free of charge, supported by many volunteers’ work.

Nowadays v-tubers have become popular all over the world, but in Japan these ‘Yukkuri’ style videos already have been popular for more than 10 years.

Now a v-tuber ‘Yuzuha’ made a controversial action, which has upset many Yukkuri users.

On 15th May 2022, a v-tuber ‘Yuzuha’ suddenly posted on Twitter that he (or she) has got a trademark rights for ‘yukkuri chaban geki’, one of the most popular tag used for many Yukkuri movies. 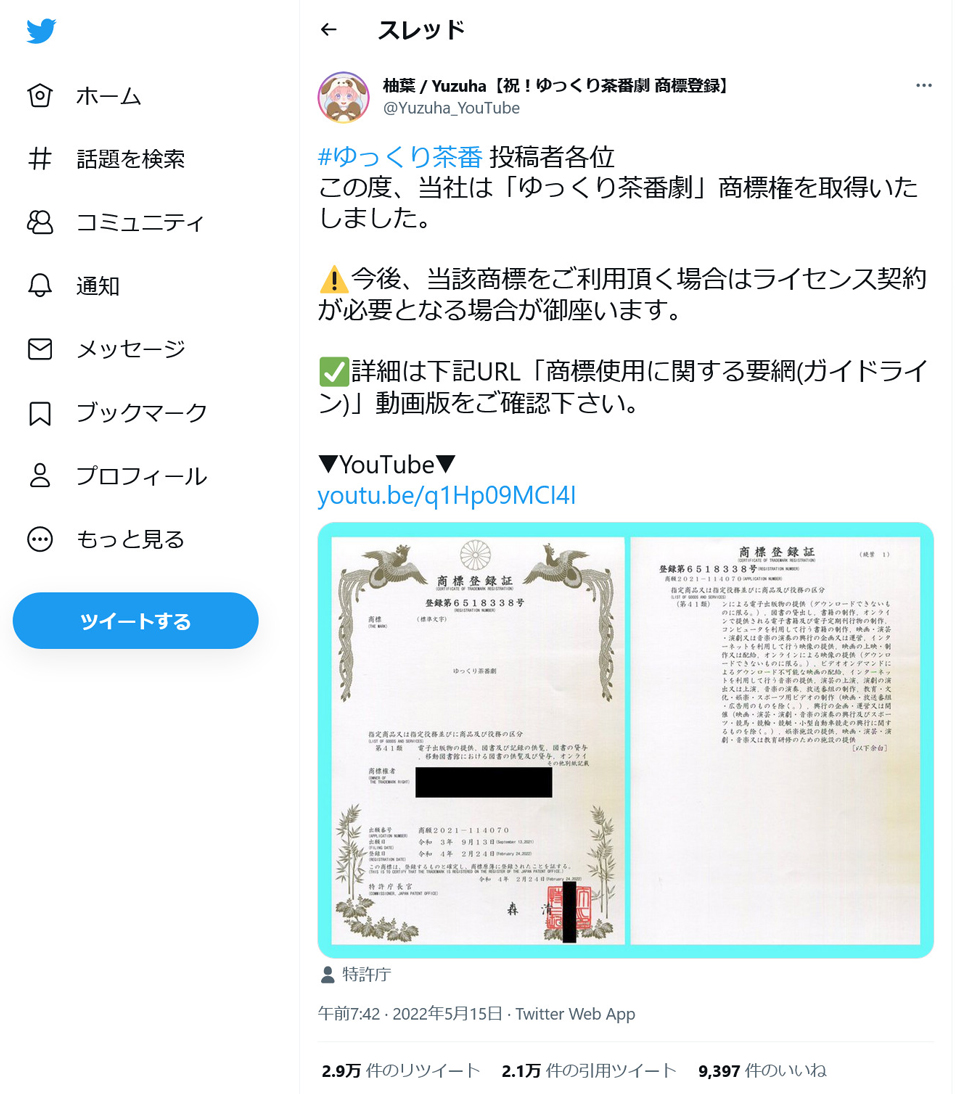 At the same time Yuzuha announced that anyone who want to use the trademark in movies should pay 100 thousands yen (about $780) per year, which has offended many Yukkuri users.

The worst thing was that Yuzuha was no more than one of Yukkuri users and had nothing to do with the original author.

In addition, Yuzuha made his (or her) trademark claim publicly only after the time limit for re-investigation request (2 months) had passed, which made the public even more furious.

Yuzuha’s claim caused a sensational public reaction and even some major TV news reported this incident.

Interesting thing is that from a pure legal point of view, Yuzuha’s action was completely legal and nothing to be blamed at all.

Basically Japanese trademark system adopts what is called ‘first come, first served’ rule. According to the rule, Yuzuha took the first place so Yuzuha should be the winner of the trademark.

But many of Japanese internet users have shown clear disgust against Yuzuha’s trademark claim.

My impression is that in this point we can see one typical characteristics of Japanese cultural tendency, in which people give more weight on unwritten rules of community than on ‘legal’ claim.

What is ‘TOEIC’ test?

Have you ever heard about 'TOEIC' test ? In this article I will explain what is TOEIC all about and how it is...

As Russian invasion of Ukraine has become even more intense, condemnations against Russia also have got stronger and wid...

I have never imagined so many Socrates are still living in Japan. Following my recent article, Socrates after Socrate...

It is an awful tragedy for all mankind living on this earth to have this shameless, stinking, cracked nut;Vladim...
Crazy ’liberal’ media in Japan
【悲報】通訳案内士、週刊女性さんにオワコン資格認定される【知ってたけどな】