I have never imagined so many Socrates are still living in Japan.

Following my recent article, Socrates after Socrates have appeared.

This article cast a doubt on the public opinion that Russia should be blamed for the reported situation in Ukraine.

Moreover, it says Putin may not be a villain nor Zelenskyy be a hero at all, and that we should have ‘plural’ point of view.

Yeah, yes mom, anything can be ‘fake’…I understand what you say. Yes, pluralism is most important in this complicated world, yes, I know that…that’s O.K… 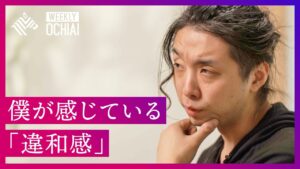 He says he feels  ‘uncomfortable’ with prevailing public condemnation against Russia. Yeah, I also feel very uncomfortable with those ‘intelligent’ rhetoric, too.

And this clever-looking Japanese critic insists that in any war conflict each side has its own reason so we should not decide which one is right or wrong until we can really know the truth.

Many ‘intelligent’ people in Japan comment like this critic, saying that we must be discreet in criticizing others because our knowledge is limited, or some even argue that Russia has its own reason for this attack, or that there is a very complicated history between Russia and Ukraine so we should understand the logic of Russia as well as Ukraine…

But should we be Socrates until we know everything ?

I remember those ‘Socrates’ have proudly stated their opinions about some presidential election or less urgent (compared with what have happened in Ukraine !) ‘human rights’ issues for so many years.

Have they known everything about those issues before they talk ? Maybe so. They are very ‘intelligent’ and clever.

But to me, they seem to be just trying to show off how different opinion they can put  by playing with their ‘original’ Socrates theory.

‘Look at me ! I am intelligent and original ! I have different opinion from ordinary people ! I am the Socrates! Just follow me !!’

Yeah, I’m not intelligent nor well-informed.

And I hope all these footages were ‘fake’ as Russia alleges.

But can those ‘intelligent’ people bet on the Russian allegation if they have to pay from their pocket ?

I don’t need any Socrates nor Platos.

It is an awful tragedy for all mankind living on this earth to have this shameless, stinking, cracked nut;Vladim...

What is ‘TOEIC’ test?

Have you ever heard about 'TOEIC' test ? In this article I will explain what is TOEIC all about and how it is...

As Russian invasion of Ukraine has become even more intense, condemnations against Russia also have got stronger and wid...
Crazy ‘liberal’ in Japan
Crazy ’liberal’ media in Japan